Central Louisiana Orchid Society
​Our program this month will touch on the very basics to grow your orchid and get it to bloom.  This focus of this program is to help new orchid growers or those struggling to re-bloom their orchids.  If you have just a few orchids, or have tried raising orchids in the past without success, this is the program for you.  We have had many requests for a beginner program, and this program will get you well on your way to blooming these beautiful and exotic flowers! 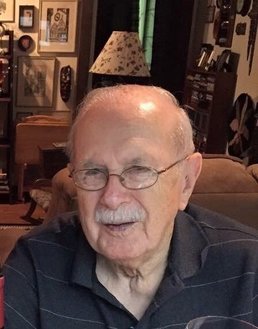 Services for Mr. Byron M. "Opie" McGraw will be held at 10:00 a.m., Wednesday, December 28, 2016 in the Chapel of Hixson Brothers, Alexandria with David Britt (pastor of First Christian Church, Pineville) officiating. Burial will be in Greenwood Memorial Park.

The family requests that visitation be observed Tuesday at Hixson Brothers, Alexandria from 5:00 p.m. until 8:00 p.m. and will continue on Wednesday from 9:00 a.m. until time of service.
Mr. McGraw, 92, of Pineville died Sunday, December 25, 2016 with family by his side.
He proudly served his country in the U. S. Navy, serving in the Korean Conflict and surviving a torpedo strike aboard the USS Reno during World War II. After his service he worked as a manger in the Army/Air Force Exchange Service. He was a member of First Christian Church, Pineville.

Byron was a founding member of Central Louisiana Orchid Society serving as Organizational Chairman and first President. He returned as President over the years, serving a total of 8 years. He also served as Treasurer and Secretary a total of 14 years as an officer. He served as Editor of the CLOS Newsletter from 1980 to 2007. Byron led the committee developing bylaws and later Articles of Incorporation. He has served as Show Chairman or Co-chairman for most of the Orchid Shows hosted by the society. Byron has been active in the Southwest Regional Orchid Growers Association serving as Chairman of the Bylaws & Judiciary Committee. He has also served as Orchid Digest Representative and was instrumental in obtaining affiliation with the Orchid Digest. He entered the AOS Judging program in 1984 and became an accredited judge in1990.
Byron is known in the community for his dedication to the Orchid World. Byron was awarded the Orchid Digest Diamond Award.
He was preceded in death by his parents, William and Emma Greer McGraw.